When being wrong is right

Email This BlogThis! Share to Twitter Share to Facebook
I attended the Mathematical Cultures workshop/conference a the London Mathematical Society at the start of the month where I presented Is fairness a mathematical concept in the context of how the culture of mathematics contributed to the Financial Crisis.  Specifically, I began my talk with this quote from the UK's Parliamentary Commission on Banking Standards Report (Volume 2)


89. The Basel II international capital requirements regime allowed banks granted “advanced status” by the regulator to use internal mathematical models to calculate the risk weightings of assets on their balance sheets. Andy Haldane described this as being equivalent to allowing banks to mark their own examination papers.  A fog of complexity enabled banks to con regulators about their risk exposures:


[...] unnecessary complexity is a recipe for […] ripping off […], in the pulling of the wool over the eyes of the  regulators about how much risk is actually on the balance sheet, through complex models.

and I ended it with this clip from a 1999 BBC science program on Black-Scholes-Merton and the collapse of LTCM (the speaker is Paul Samuelson) (the clip starts at 12:20 in the original programme)


My observation is that there is a culture of mathematics being a magical language that unlocks the secrets of the universe.  This is captured in many popular representations of mathematics: in  Darren Aronofsky's film Pi, that links maths, kabbalah and finance 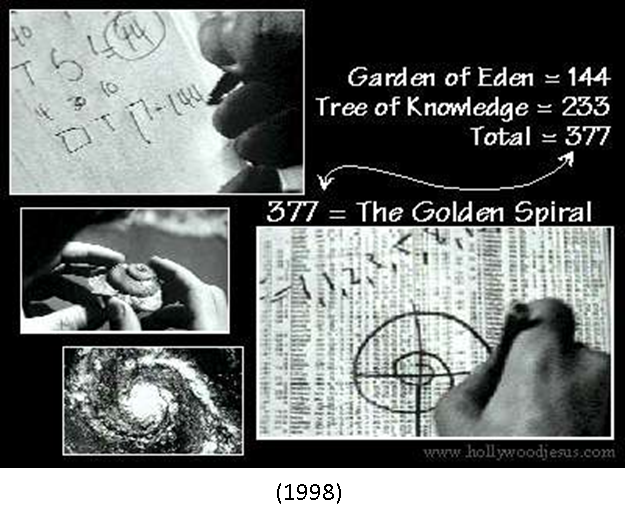 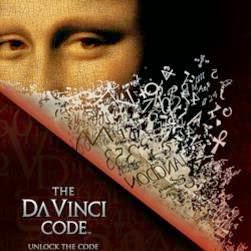 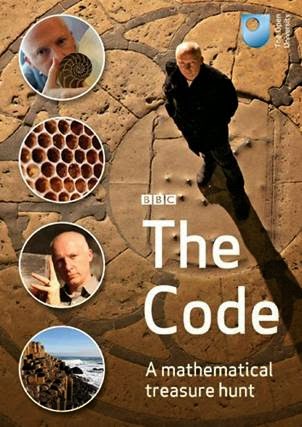 even Simon Singh's book on the Simpsons 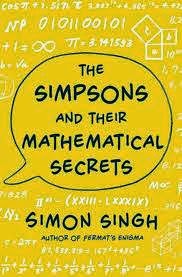 (for those who don't want to buy the Simpson's book, there is a long standing web-site)

On Saturday, I listened to Bridget Kendall's show 'The Forum'.  Kendall is well known in the UK for having been the BBC's Moscow correspondent during the 1991 coup and rise of Boris Yeltsin, and then the BBC's Washington correspondent.  Less well known, she is the daughter of Britain's most important probabilist of the twentieth century, David Kendall, and her brother is a probabilist at Warwick - I suspect she has a good grasp of mathematics.

Kendall begins the programme by asking Max Tegmark, an MIT cosmologist, about the idea of "maths as a kind of key" in this excerpt starting at 2:35 of the programme.  Tegmark is committed to mathematical realism and believes that ultimately, mathematics enables us to "ultimately predict the future" (at 0:55 in the except, 3:30 in the original).


A mathematical proposition  is about a certain structure, financial markets. It refers to prices and relations among them. If it is true, it is so in virtue of a certain fact about this structure. And this fact may obtain even if we do not or cannot know that it does.

Following the meeting Heather Mendick shared a post where she contrasts Will Smith being constrained by the mathematical fact that 2+2=4,

with Orwell's presentation that "Freedom is the freedom to say that two plus two equals four".

Heather sees Smith's approach as being an example of "extreme neoliberalism", (I think she means extreme liberalism), but I argued that there is a connection between Orwell's "freedom" to claim 2+2=4 in the context of empiricism and Will Smith's (I assume, metaphorical) rejection of 2+2=4 as a rejection of imposed authority.

What struck me when listening to The Forum was how the discussion developed immediately after the except above.  In this excerpt, starting at 3:41, Kendall asks Tegmark to explain how  accepting the rules of mathematics leads to a belief in parallel universes.  I have recently shared my views on multi-verses, and my belief is that they are a fiction resulting from an incomplete understanding of the mathematical physics.  Tegmark supports my view that multi-verses are a mathematical consequence but his Platonism forces him to believe in multi-verses.  In this context, comparing Will Smith to Max Tegmark, who is wrong in rejecting mathematical truths.  We all recognise Smith is wrong, even probably Smith, but at the same time it is difficult to reject what Tegmark argues, despite the fact that Kendall comments that to the "unititiated" it all looks like make-believe (at 2:30 in the except, 6:11 in the original).

We label Smith as "ignorant" for presenting the claim that 2+2=5 in the context of advocating people reject the status quo, but we are expected to believe in multiverses.  Haldan'e criticism (probably) referred to the London Whale, where by presenting mathematics traders at J.P. Morgan reduced the liability of a portfolio from $22 billion to $13 billion (I may be inaccurate here, but the order of magnitude is correct).  To the "uninitiated" it all looked like make believe, but, like multi-verses, it carries the authority of mathematics.

Something that always appealed tome about science is its iconoclasm: science is right because it is happy to destroy its icons and move on.  We criticise Smith but venerate Galileo for rejecting the Ptolomaic system, despite the fact he the Dialogue is spectacularly wrong on the tides (e.g. Aiton, Brown).  Galileo is wrong, as the Inquisition realised, but he was right.

If economics is real in the Platonic sense, and can be described by exact mathematical equations, it will eventually grind to a halt.  This was the concern of many economists in the first half of the twentieth century, Knight, Keynes and the Austrians all agreed on the significance of uncertainty and unpredictability in determining economic affairs.  The organiser of the Mathematical Cultures conference, the philosopher Brendan Larvour, remarked

@brendanlarvor I was puzzled when I saw that remark. Piketty seems very mathematically sophisticated to me: http://t.co/tFVOhOdxav
— Matthew Inglis (@mjinglis) April 28, 2014

My response is that Piketty, a French economist, is mathematically sophisticated, but in a different way to that of the realists/Platonists like Samuelson and Tegmark.  My disquieting suggestion is that in order to prevent Financial Crises we really need to examine how tenable mathematical realism, and the science built on this basis, is.